The Missing Cryptoqueen – A True Story

Dr. Ruja Ignatova – the self-proclaimed Cryptoqueen of the 21st century may not be a household name, but to her followers, she was a superstar. Dr. Ruja was the founder and the face of the cryptocurrency “OneCoin”, which was invented as a rival to Bitcoin – the first and the biggest cryptocurrency in the world.

In June 2016 Dr. Ruja – a 36-year-old businesswoman emerged in the crypto arena. She spoke to thousands of adoring fans at different venues about how OneCoin can revolutionize the monetary system and is a “Bitcoin Killer”.

On the back of OneCoin and the 3 million people who invested in it, Dr. Ruja reached the heights of fame and glory, but suddenly in late 2017, cryptoqueen disappeared from the face of the earth without a trace.

Where did cryptoqueen go? What happened to her?

Nobody knew what happened to her.

It was only later when people discovered that it was a story of fraud, deceit, greed, and an international scam worth $15 billion USD.

Who Was Dr. Ruja? – The Missing Cryptoqueen 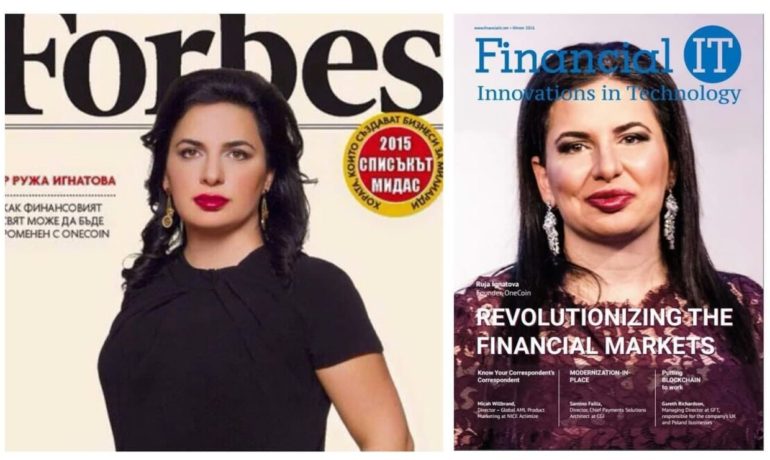 In 2016, a 36-year-old Ruja Ignatova stepped onto the stage of the Wembley arena, and the cheering crowd welcomed and applauded her. She started a global cryptocurrency movement, unbeknown to the praising masses that just a year later she would be on the missing person’s list.

Dr. Ruja was extremely intelligent and had a commanding figure in the business world. Her ideas were based on the wider cryptocurrency movement – the idea that traditional financial institutions, governments, and banks had too much authority when it came to currencies. Cryptoqueen started a revolutionary movement to democratize the money to give power to the common people.

After 2008’s global economic crisis, people were willing to listen, and rightly so on these points, as she was not wrong. Dr. Ruja went on to blame the big banks for the financial crisis and for their greed and made people realize that the current system is outdated, and the only solution for the prosperous future is the cryptocurrency “OneCoin”.

At the Wembley arena, she addressed the thousands of investors by saying “we will be the biggest out there, and we will write history, and the cryptocurrency community will have to rewrite philosophy” (ColdFusion). She further said that in two years people will forget about Bitcoin.

Investors became part of a community called “OneLife”, they would join WhatsApp groups with insider information, often being told to ignore the outside haters. The network was becoming strong, and after 3 years of launching, there were 3 million investors from around the globe.

There were seminars and conferences everywhere from China to the United States to the United Kingdom and all the way to the African nations. Things were going quite well for OneCoin until late 2017. From the start of that year, cracks were beginning to appear. In early 2017, 18 people were arrested in Mumbai, India, for organizing a recruitment program for OneCoin. During the investigation, it was discovered that $11 million USD was transferred out of the bank account before police could get to it. 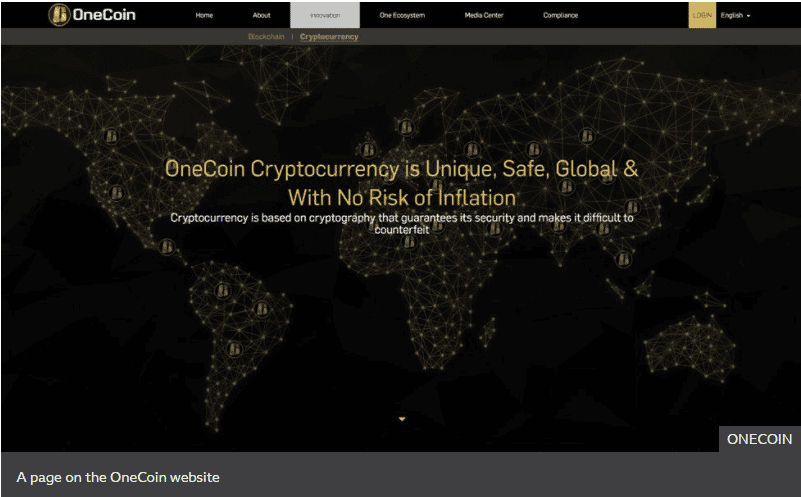 In October 2017, Cryptoqueen was scheduled to speak in Lisbon, Portugal, at a OneCoin seminar. However, she did not make it to the event, and it was quite unusual as she was normally extremely punctual. Her colleagues tried to contact her but received no answer, and no one knew where she was.

Rumoured spread that she was kidnapped by a banking mafia, or she went into hiding because of her movement as she had become the target of many threats. But the thing is, nobody knew what happened to Dr. Ruja, and no one has seen her since that day.

Later in 2019, as per the FBI documents presented in court, indicated that after two weeks of the Lisbon no-show, on 25th October 2017, Dr. Ruja boarded a Ryanair flight from Sofia to Athens, and then she went completely off the radar.

After Dr. Ruja’s disappearance, her younger brother Konstantin Ignatov took over the OneCoin empire. But in 2019, Konstantin was arrested by the FBI at the Los Angeles airport for money laundering and fraud. At the same time, the US authorities declared OneCoin to be a scam, and also secretly charged Dr.Ruja for fraud at the time she went missing.

The Real Problem with Onecoin

What was OneCoin in the first place?

OneCoin was sold as educational packages that contained tokens that allowed users to mine OneCoin. However, there was no mining going on. The blockchain – the fundamental distributed network of cryptocurrency did not even exist in OneCoin. The exchange that allowed people to trade money for coins was under construction for years.

The company told people they wanted to educate them about financial freedom. The educational packages cost anywhere between $100 to $100,000. This is how OneCoin made money, but later it was found that the content of their courses was copied from other sources. They told buyers the money they used to purchase the package would be converted into OneCoin and assured them its value would go up. Of course, this claim was false.

Perhaps they grew rapidly by hiding behind loopholes and technicalities. Their scheme was far-reaching, and seminars were planned all over the world. More and more people bought into their get rich quick scheme. People sold their houses and farms to invest in OneCoin as Dr. Ruja was winning people’s hearts with inspirational speeches.

Her brother Konstantin revealed some details in his testimony that Ruja was living in Bulgaria before she vanished. He said she was very tired of all the haters and was afraid that someone would give her up to the FBI. According to the reports. Dr. Ruja bought plane tickets to Vienna, Austria, and then to Athens, Greece. Konstantin said he has not spoken to her since her disappearance. Although he hired a private investigator to find her, nothing came of it.

Dr. Ruja’s name is on the FBI’s most-wanted list and her brother is in custody awaiting trial. Despite all this, her company is still somehow functioning. According to BBC, every week $11 million USD is still being pulled in by the company. In 2019, Ruja’s lawyer Mark Scott was also found guilty of money laundering and bank fraud.

It’s difficult to guess where cryptoqueen is, but there is a big chance that she is still alive and living under a false identity. As reported, her last known travel destination was Athens, but some evidence pointed to Dubai, Russia, and the United Kingdom. With all the wealth she has acquired through OneCoin, it’s impossible for her to be found.

The Learning from OneCoin

The OneCoin story exposed some glaring faults of society. The world of technology is developing so rapidly that it is difficult to keep up with new inventions. This indeed is a great thing, but on the flip side, people can be fooled into believing the technology they do not understand. Especially in today’s time, where there are so many sides to each story, and with the emergence of fake news on the internet it is easy to get lost.

Dr. Ruja is believed to have run away with $400 million USD and may never be caught. The amount of money lost is between $4 to $15 billion USD. For the sake of the investors, we can only hope that Dr. Ruja reappears from somewhere and gives answers to her misconduct.

The one lesson we must learn from the case is that always do your research before investing in anything. Also, stay away from getting rich quick schemes because there is no shortcut to becoming rich. Invest wisely and be wary of fraudsters.

Unfortunately, credit fraud has become very common these days. We live in an information age where our credit card information is at high risk of...

According to the Targeting Scams report of the Australian Competition and Consumer Commission (ACCC), a total of over 444,164 scams were reported with losses of...