Who Is Bitcoin Creator Satoshi Nakamoto

Who is Satoshi Nakamoto – the pseudonymous Bitcoin creator!

Undoubtedly, Bitcoin has laid the foundation for the rapid development of Blockchain technology. Many have wondered who the creator, the face, the mastermind is behind the anonymous mask of Bitcoin, to find out let’s take a look at where it all started.
In 2008 during the financial crisis the so-called whitepaper “Bitcoin: A Peer-to-Peer Electronic Cash System” was shared by Satoshi Nakamoto on a cryptography forum. The whitepaper was a response to the weaknesses of the traditional financial system that erupted the crisis. Satoshi Nakamoto appeared in the world of finance as the so-called father of Bitcoin. But after three years of establishing the world’s first cryptocurrency, he disappeared from the face of the earth. In 2011, he sent a farewell message to a fellow Bitcoin developer saying, “I’ve moved on to other things”, he added, the future of Bitcoin was “in good hands”. Since then, nobody has heard from him again.

Bitcoin not only led the foundation of a new asset class but also introduced an anonymous identity, a person or persons called Satoshi Nakamoto. After 13+ years it has still not been confirmed who the alias is.

Regardless of Satoshi’s identity, On 3rd January 2009, the first Bitcoin block (named as the genesis block), was mined and awarded the first 50 Bitcoins of the total 21 million to Satoshi. Today, Satoshi is said to own over 1 million Bitcoins which is the equivalent to 5% of the total number of circulated bitcoins.

If you are curious about Bitcoin’s future and what predictions stand for 2021 according to the latest research, take a dive into our next article. 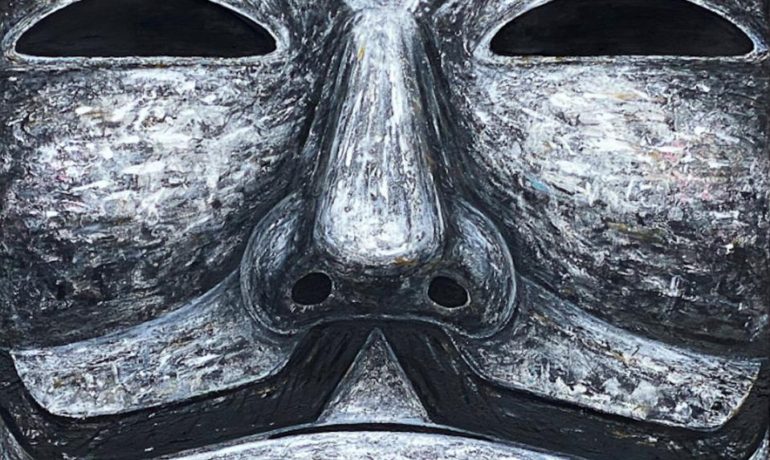 Why Satoshi Nakamoto chose an alias

Let’s recall the basic idea behind Bitcoin stated in the whitepaper – a peer-to-peer form of digital cash that allows one party to make online payments to another without involving any financial institute. This statement makes it clear that the idea was to introduce a decentralized network for the masses.

If Nakamoto had chosen to reveal the identity to the public, it would have become the central element of the decentralized system. So, to keep the focus on the core concept of Bitcoin, Nakamoto probably preferred to stay out of the spotlight.

Since the inception of Bitcoin, various communities have made multiple attempts to decipher the real identity of Satoshi. Even, various behavioural and linguistic studies were carried out, which led people to believe that Satoshi resided in England as the phrases used in the whitepaper were British. Other people who analyzed the posting timings on the forum led them to believe that Satoshi was living in Eastern or Central time zones.

According to other sources, Satoshi is not one person as the level of expertise in different fields of economics, cryptography, psychology, and computer science could not be exercised by only one person.

These hypotheses on Satoshi’s identity did not just end there, some people also suggested that Elon Musk is the creator of Bitcoin. However, Musk later denied all the claims directed towards him. Throughout the history of Bitcoin, wild speculations have been rife such as Satoshi is a woman, he/she is a member of the Yakuza, a money launderer, etc.

However, none of the speculations was proved right. Satoshi’s identity is a mystery in the cryptocurrency market. In today’s world anonymity is not easy to pursue but Satoshi has successfully kept the identity secret which is beyond imagination.

The efforts to unveil Satoshi’s identity will continue and there will be many more speculations about who the real person is. But, for now, we can believe that he/she is a person or group of persons who challenged the traditional financial institutes with the 21st century’s greatest invention – Bitcoin.

If you would like to learn further Bitcoin terminology and trading terms, do so using our tips.

If you interested in learning how to trade, or have fell victim to a scam, please contact us and we would be happy to help.

Bitcoin is famously known as the “money of the internet” and has gained immense popularity over the last 13 years. It is still the undisputed...

March 30, 2022Have You Been Scammed on Cryptocurrency? We Provide Crypto Investigation Services: a blog about crypto scams and investigation services

The Bitcoin scam turned out to be a major headache for law enforcement agencies. They were not ready for this new technology and believed that...

Bitcoin has emerged inevitably in the past decade in both tech and commerce sectors. The promise of instant return is making investors eager to embark...