How Does Bitcoin Work?

Bitcoins value is nearly 40,300 US Dollars (as of April 15, 2022), is that correct? Now, you may be wondering if you should buy or sell? But how many of you really know the technology behind it and how does bitcoin work?

Bitcoin is a peer-to-peer or decentralized digital cash system, meaning there is no central authority that issues coins or tracks transactions. The idea first came out as a publication by a mysterious author Satoshi Nakamoto around 13 years ago. Each Bitcoin coin is basically a computer file. This file is stored in a digital wallet app on a mobile device or desktop computer. Once you install the wallet, the system generates the first Bitcoin address for the user. Also, they can create more whenever they need one. You can share the address with friends or people with whom you would like to make a transaction.

You have a shared public ledger – blockchain, that maintains a history of all transactions taking place on the network. The same way your bank keeps records of your transactions). Distributed network of “miners” maintains it. They receive a compensation with new bitcoins for their efforts.

You can think of the blockchain as a huge, digital spreadsheet, or database. With the difference that all the nodes in the bitcoin network have access to it. Every 10 minutes, all of the transactions conducted over that period are compiled into a list known as a “block”. Each node in the network sends out that block so every participant knows about it.

The miners take that block and apply a mathematical formula to it, turning it into something else. That something else is a far shorter, seemingly random sequence of letters and numbers known as a hash. This hash is stored along with the block, at the end of the blockchain at that point in time.

Hashes have some interesting properties. It’s easy to produce a hash from a collection of data like a bitcoin block, but it’s practically impossible to work out what the data was just by looking at the hash. And while it’s very easy to produce a hash from a large amount of data, each hash is unique. If you change just one character in a bitcoin block. 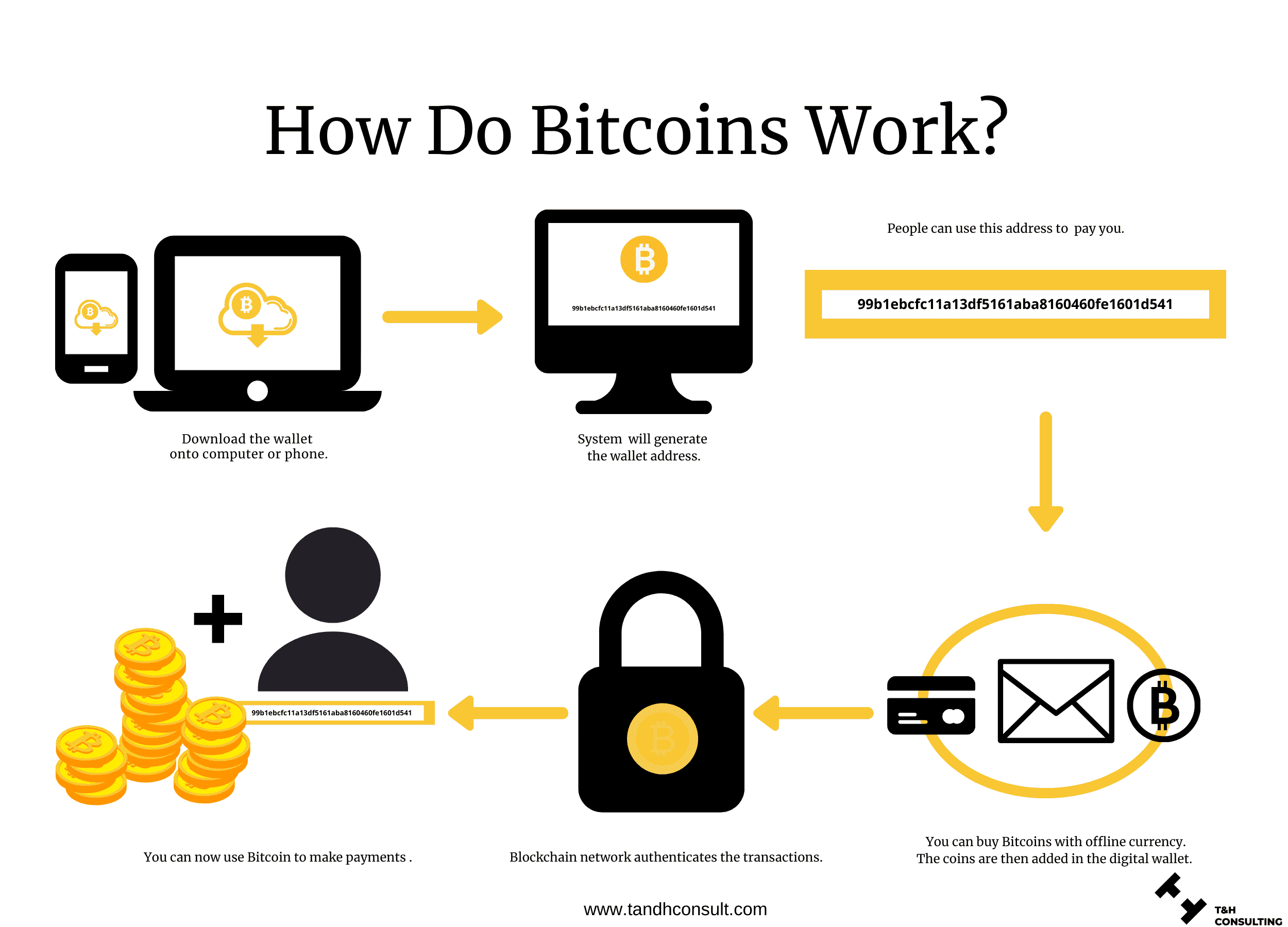 The real magic, though, is in using the blockchain to create a decentralized currency that no government controls and that (theoretically, at least) you can’t counterfeit. Bitcoin accomplishes this by maintaining a peer-to-peer network and recording each transaction in a public ledger called the blockchain. Every time someone trades bitcoin, the blockchain documents new transfer. Digital signatures corresponding to the sending addresses protect the authenticity of each transaction. It allows all users to have full control over sending bitcoins from their own Bitcoin addresses. In addition, anyone can process transactions using the computing power of specialized hardware and earn a reward in bitcoins for this service.

How is the price of bitcoin calculated?

The price of a bitcoin is determined by supply and demand. When demand for bitcoins increases, the price increases, and when demand falls, the price falls. There is only a limited number of bitcoins in circulation and new bitcoins are created at a predictable and decreasing rate. It means that demand must follow this level of inflation to keep the price stable. Because Bitcoin is still a relatively small market compared to what it could be. It doesn’t take significant amounts of money to move the market price up or down, and thus the price of a bitcoin is still very volatile.

Bitcoin mining is the process by which new Bitcoins are generated. When you perfom mining, your computer adds new Bitcoin transactions to the blockchain and searches for new blocks. Bitcoin mining serves to both add transactions to the blockchain and to release new Bitcoin. The mining process involves compiling recent transactions into blocks and trying to solve a computationally difficult puzzle. The participant who first solves the puzzle gets to place the next block on the block chain and claim the rewards. The rewards incentivize mining and include both the transaction fees (paid to the miner in the form of Bitcoin) as well as newly released Bitcoin. In addition, anyone can process transactions using the computing power of specialized hardware and earn a reward in Bitcoins.

Should you invest in Bitcoin? Read here>> 5 reasons why you should invest in bitcoin

Have you been a victim of a cryptocurrency scam?

Don’t worry, our agent will help you with the case.

Our office received a high number of complaints from people who suffered from the loss of funds. This is why we have created a task force to help cryptocurrency victims. If you have lost money due to a cryptocurrency scam then please fill out the form below.  One of our representatives will be in touch shortly. After filling out the form we will start collecting all the relevant information regarding your case. After conducting an analysis, we will provide recommendations on how to proceed.

Chargebacks refer to a request from a customer to return his money. This scenario often happens when a customer isn’t satisfied with his purchase or...

May 19, 2022The Cryptocurrency scams and how to avoid it

Cryptocurrency scams have been growing earlier, and the explosive growth of cryptocurrencies in recent years has offered numerous opportunities for crypto. According to a report...

How to Invest in Real Estate What is real estate? Real estate can be defined as land and everything that is permanently attached to it,...